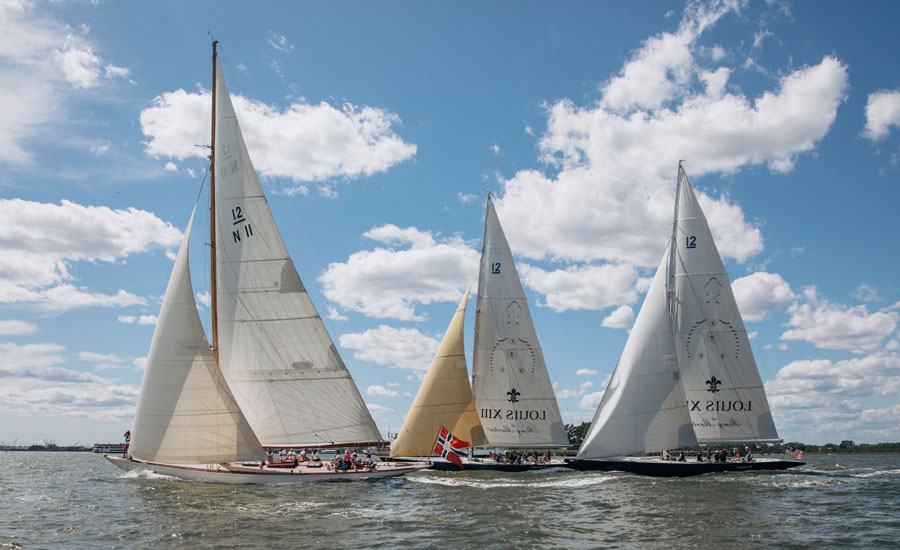 Watch the Races from the Megayacht Arabella

Race in the Regatta onboard 12 Meter Nefertiti

Beginning in 2021, Manhattan Yacht Club will serve as the Organizing Authority for the Statue of Liberty 12 Meter Cup.

This will be the first 12 Meter regatta organized in NY Harbor. Twelve Meters are the most iconic yachts in our country and they represent the epitome of American yachting tradition. They are powerful, graceful and just plain beautiful to watch. 12 Meters were used in the America’s Cup up until 1987.

MYC’s involvement with the 12 Meter class goes back to 2007 when a group of Members got together to celebrate the 20th anniversary of the Club by acquiring “America II,” US 46. Several years later, the Members donated the 12 Meter to the NY Harbor Sailing Foundation. The Foundation has continued to preserve this incredible piece of American yachting tradition. In 2015, the Foundation became the caretaker of a second 12 Meter, US 42 which was the sistership of US 46. Both boats were named “America II” and they were built for the 1987 America’s Cup in Freemantle, Australia.

You Can Get Involved

There will be several opportunities for the public to watch and see these historic 12 Meters when they come to NY Harbor.

To receive information as it comes available, get on the 12 Meter Regatta email list.