Join us for the greatest vacation of your life – Caribbean Week!  Below is a listing of skippers & crew. Each boat is priced differently with new boats more than older boats and catamarans more than monohulls. Call Mindy at 212-786-3323 for entry fee of the boat you wish to join. 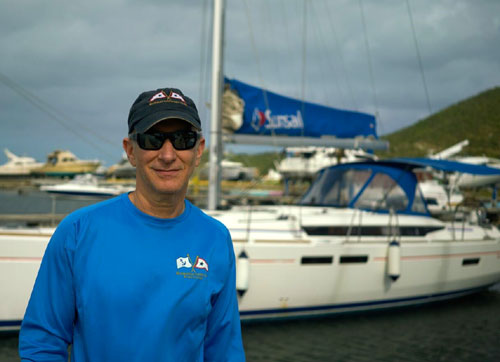 Heading back to the BVI with a new crew of intrepid sailors, hoping to repeat last years’ amazing times and continue with new and unique adventures!  Emphasis on sailing as much as possible, but we’ll do our share of swimming, snorkeling and sampling the great cuisine that the BVI offer.  Looking forward to an exhilarating week. 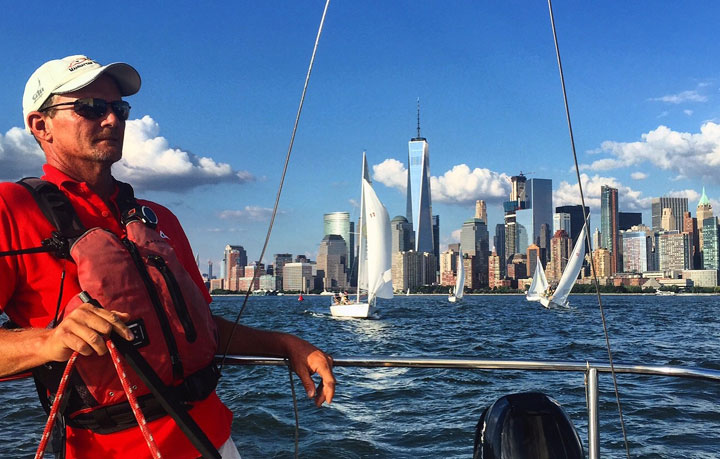 A Better Boat is the two-time winner of “Boat of the Year,” voted on by all Caribbean Week skippers. Charles is a native Texan who lives in New York City and doesn’t mince words when he simply states, “just sign up. You know you want to come.”  Charles will also offer ASA 103 & 104 for those interested in learning while playing. 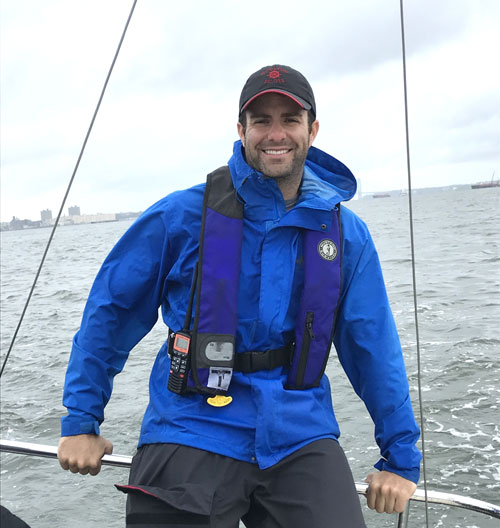 Take your sailing experience to the next level! This will be a wonderfully laid back trip with lots of laughs and good times. If you want to cruise the Caribbean with some music, a drink in hand and not a care in the world this is your boat. Have a great time sailing around the BVI, while improving your skill set. ASA 103 and 104 will be offered aboard. 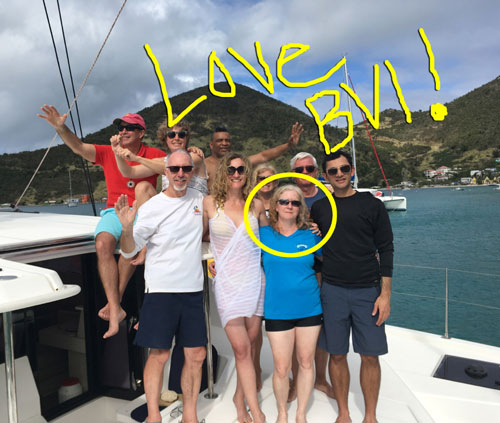 Caribbean Dreamin’ is what we’ll be doing on a beam reach out to Anegada island, where we’ll swim in the lagoon at Cow Wreck beach. It’s our state of mind at a full moon beach party, snorkeling at the Dogs and relaxing with a glass of rosé on the back of the boat at sunset. We’ll all become better sailors having lots of fun together! And if you want to take coastal cruising ASA 103 and bareboat navigation ASA 104, you can do that, too!  I enjoy teaching, racing J24s, sailing in the club’s 12 Meter program and especially cruising. This will be my third trip to the BVIs, so together we’ll see some cool places! 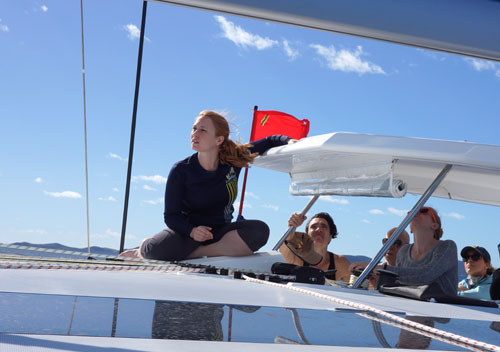 The name says it all.  We like to sail hard and party hard. Take your sailing skills to the next level while perfecting your Dark & Stormy technique.  We’ll be doing the 103 and 104 classes.  Anne’s has been developing the next generation of badass sailors for over 10 years, and she’s back for her second year at Caribbean Week. If you ask her how last year went, she’ll tell you the truth: what happens in the Caribbean stays in the Caribbean. 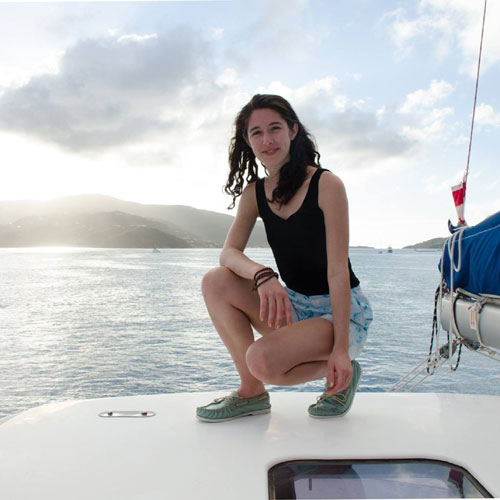 Coming back for her 3rd yarrrr in a row, Alexandria Wills, will be captain of the Black Pearl. We make the best boat-cooked meals in the fleet, ask Charles(and anyone who came to last year’s appetizer competition). Our boat will have focuses on Sailing education and teamwork, offering ASA 103 & 104. You can’t put words to the experiences you will have on this trip… Just look at that sunset over North Sound! It is such a beautiful feeling that you will have to come with us to understand. Just. Sign. Up. 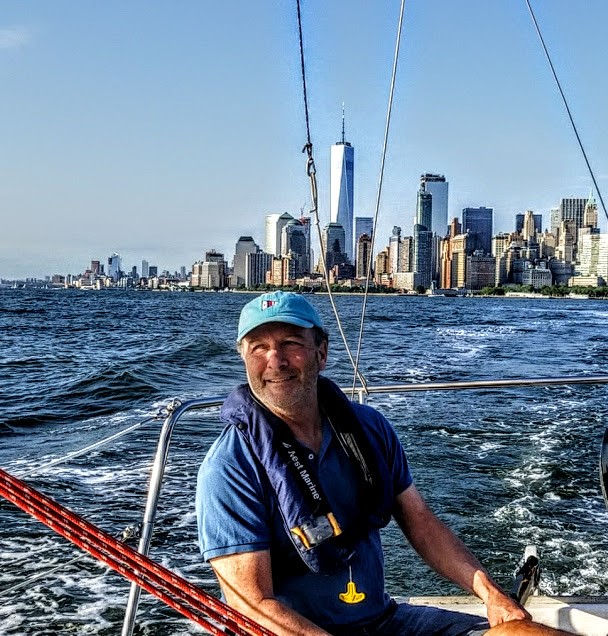 Looking to start a new tradition with my first boat in the Caribbean regatta. Our crew will be comprised of all skill levels in a relaxed supportive atmosphere.  Our goals are simple, have fun, participate in social activities, learn new skills (sailing and otherwise) and foster esprit de corps. We will only race when we see another boat. We will only imbibe on days ending in Y. 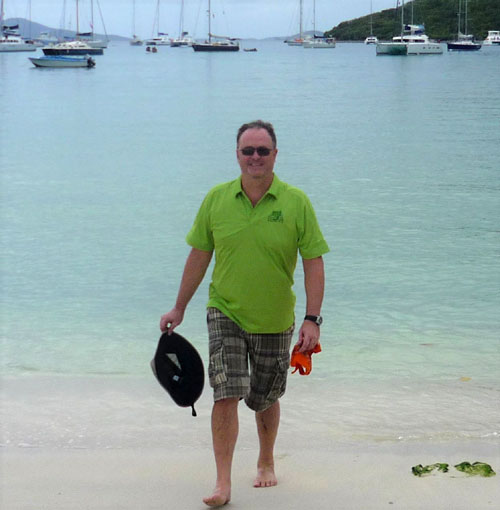 Sjørøveri is Norwegian for piracy… and this is your chance to join a crew of sjørøvers for a great Caribbean pirate adventure in the BVI’s. We’ll cruise the crystal blue seas until we find white sand beaches teeming with pirate’s booty: fresh lobster dinners, delicious rum cocktails, island trinkets to plunder….and other pirates! Discover more adventures in tropical ports and hidden coves, beachcomb and snorkel for buried treasures. As part of this crew you can take ASA 103 Basic Coastal, 104 Bareboat and 114 Cruising Catamaran certifications. With 30 years sailing/20 years teaching experience your captain knows how to focus on your sailing goals in an informative and supportive setting, safety as priority, fun as necessity. Experience the best vacation of your life on board Sjørøveri where the crew says “Aaaaargggghhh…welcome aboard mateys!” 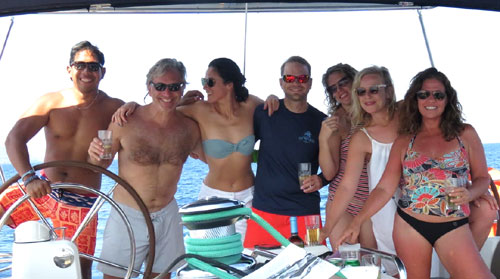 The BVI’s is a tranquil place of palm trees, sun-drowsy beaches and Treasure Island, but beware the Pirates! This boat will transport you to this sunshine land of fair breezes, soft sands and dreamy sunsets, but other boats beware–your rum may go missing! Leave the frigid January behind as you discover this sailing paradise with a careful skipper who will emphasize comfort, delicious food and camaraderie — with an emphasis on exploring some of the off-the-beaten-path treasures of the Islands (like the Bubbly Pool and secret snorkeling sites). You will close your eyes (well, the one without the eye-patch) and reimagine this vacation all winter long… Come sailing with the “CaribBandits”! 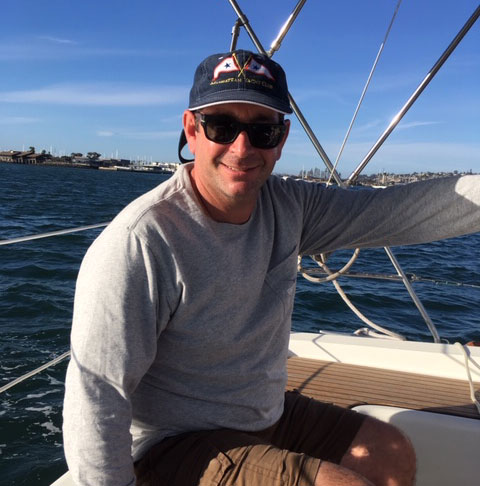 Yo Ho Ho!  “Piracy Please” is what we call our Jeanneau 51 (we’ve “seas-ed” her for a week of sailing the Leeward Islands March 9-16).  And our name tells it – whether under way sailing or landed ashore, this crew has had many a spirited times together. Come sail along and ye’ll be one of us. 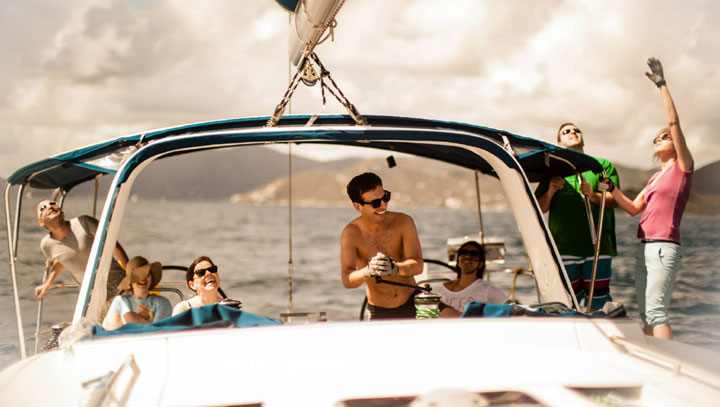 This cat wants to sail every island, and join every party because she’s very curious. But she needs help, come join us in St. Maarten & St. Barts this winter and show her around! 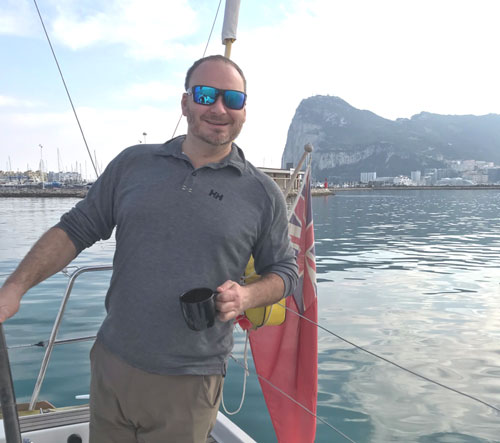 St Bart’s and St Martin:  Playgrounds of the Rich and Famous. Join Skipper Orest for champagne wishes and caviar dreams onboard a Moorings 3900 catamaran. All pretentiousness aside, the champagne will be CVS and the caviar strictly Costco but who cares!  Our memories and good times will be genuine as we ply the waters of the Leeward Islands and visit a few yacht clubs!

The Caribbean is a tranquil place of palm trees, sun-drowsy beaches and Treasure Island, but beware the Bandits! This boat will transport you to this sunshine land of fair breezes, soft sands and dreamy sunsets, but other boats beware–your rum may go missing! Leave the frigid March behind as you discover this sailing paradise with a careful skipper who will emphasize comfort, delicious food and camaraderie — with an emphasis on exploring some of the off-the-beaten-path places of these two amazing islands… Come sailing with the “CaribBandits”! 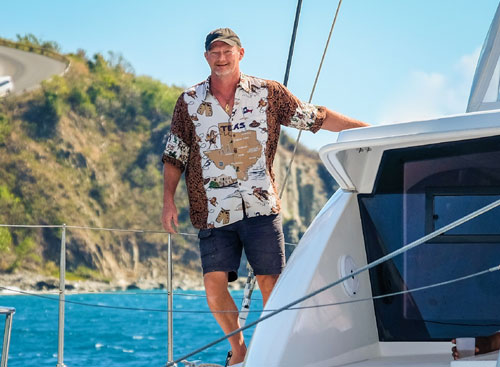 The Manhattan Sailing School instructional boat on this amazing St. Martin/St. Barts excursion will be lead by Captain Charles Rolling He was just named one of the American Sailing Association’s Top Instructors in 2018. Come sail with this New York City transplant from Texas in the beautiful waters of the Caribbean . . . Sign up today because there are only 6 spots available! 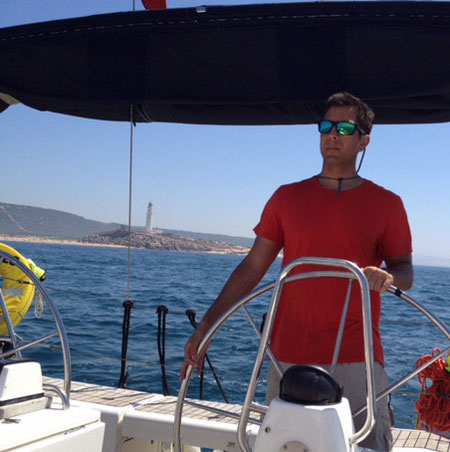